Committed to delivering the very best in clinical care and customer service to patients old and new.

Being a fully independent practice and not part of a chain is very important to us as it gives us the freedom to give you the very best advice and widest possible choice of products without compromise.

With a modern practice, fitted with leading-edge hi-tech ophthalmic equipment, ethos and values based on quality, service and patient care – we will always aim to exceed your expectations and be there whenever and whatever you need.

Samantha Hague Optometry is a family-owned and operated business. Optometrist Samantha and her manager-husband Paul work alongside their hand-picked team of trusted colleagues who they have known for many years. The whole team share a passion for exemplary patient care and are committed to delivering the high standards of excellence that the practice demands.

With our values built on the pillars of excellence in quality, service and patient care our team has a genuine passion for what they do and their enthusiasm is palpable from the moment you enter our beautiful practice.

Samantha Hague Optometry is situated in the village of Tettenhall, near Wolverhampton offering a convenient, friendly and personal approach to eye care to patients.

Our selection of frames, lenses and contact lenses are wide-ranging, with products to suit all budgets.
Let us help you find the perfect eyewear. 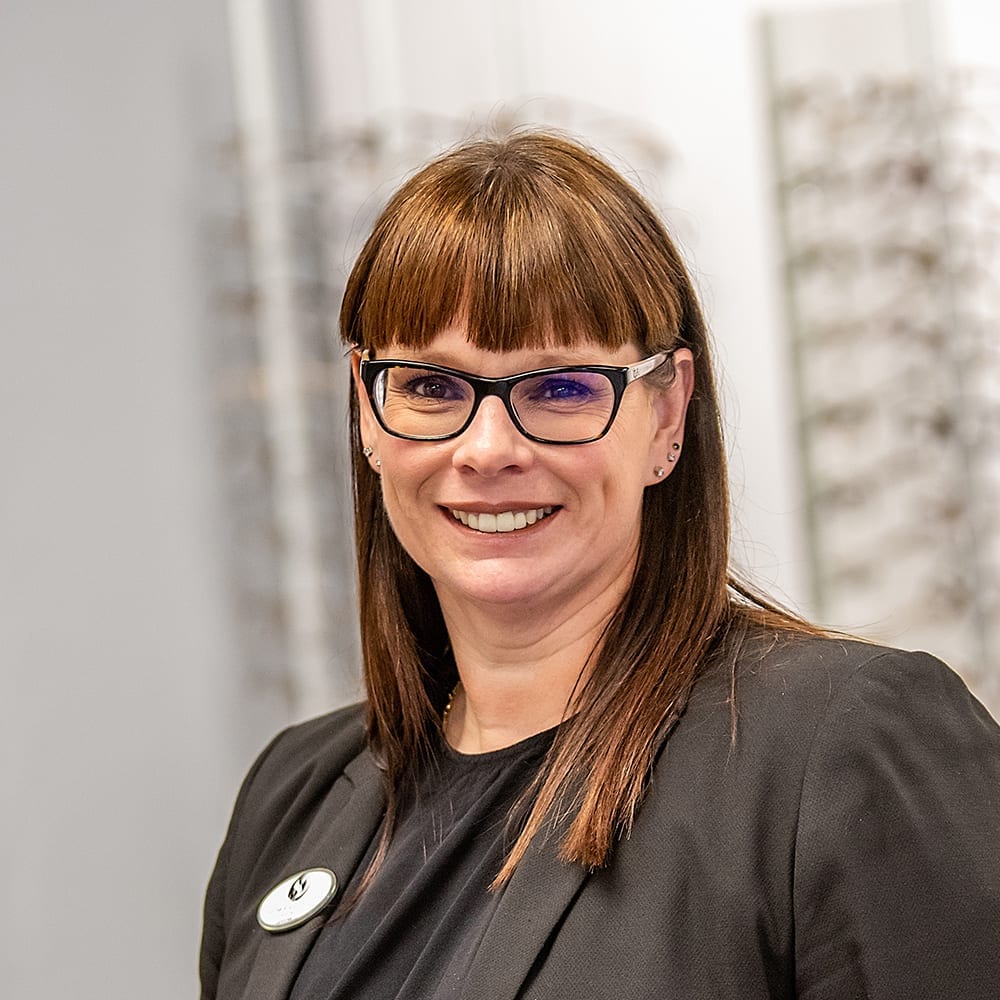 Principal Optometrist and Practice Owner, Samantha Hague, studied optometry at Aston University having grown up in the Tettenhall area. Graduating with an honours degree and following her post graduate training with Dollond & Aitchison in Shrewsbury, Sam registered with the General Optical Council as an Optometrist in 1992.

With over 25 years’ experience, Sam has worked across her profession in both clinical practice-based roles and senior leadership positions and has gained a wealth of experience in the industry, developing a reputation for professional excellence and outstanding patient care.

Sam founded Hague Optical Ltd in 2008 and took over the ownership and operation of what was to become a highly successful optical franchise in Wolverhampton City Centre. Sam and her team transformed the practice which came to be recognised nationally by their parent company as their Franchise Practice of the Year in 2012.  Hague Optical were finalists at the National Opticians Awards in 3 consecutive years but more importantly for Sam, her patients became the strongest advocates for the practice which grew and changed beyond all recognition under her tenure until its return to corporate ownership in June 2018.

Following a period of freelance locum work Sam was keen to get back into local community optometry and, on learning that Steve Sheward was looking to sell-up and retire, jumped at the chance for Hague Optical to acquire the business.  Sheward Opticians of Tettenhall opened their doors on 3rd June 2019 and became Samantha Hague Optometry in January 2021.

As the Principal Optometrist Sam is responsible for the clinical aspects of the practice. She conducts all the eye examinations, the retinal photography, the contact lens consultations and the MECS appointments along with the visual field screenings, dry eye assessments and Blephex treatments. She also advises on spectacle lenses and oversees the dispensing process. Her approachable nature and down to earth attitude creates a relaxed feel to her consultations which are thorough and inclusive, with patients being given the time to be fully involved in their care and advice being tailored to each individual. Being totally independent and not part of any group Sam is able to recommend the very best solutions from the whole of market and ensure that you are very well cared for.

Sam also works part-time for the College of Optometrists for whom she is an Assessor for their Scheme for Registration for graduate trainees. Samantha has always been keen to progress future generations of optometrists and has been responsible for personally mentoring over 20 pre-registration trainees. Sam enjoys her work with the College of Optometrists which, she feels, helps keep her knowledge, skills and professional standards high.

Jessica’s heritage is in optics and it was no surprise that she pursued a career as an Optician.

On leaving school at 18 Jess began working in her family’s opticians practices and the natural progression was for her to train as a Dispensing Optician. She began her 3 year course with the Association of British Dispensing Opticians (ABDO) and in her 2nd year of training, needing a busier environment, moved to a well known chain in Wolverhampton City Centre where she met Sam and worked under her supervision to complete her 3 years of training.

Following first-time success in her qualifying exams, Jessica registered as a Dispensing Optician in 2009 and quickly worked her way through to Assistant Manager and subsequently Practice Manager, being a part of the team that won Franchise Practice of the Year in 2012.

Jess’ career progression saw her return to her family’s business as their Group Practice Manager with responsibility for their 9 practices a role that she enjoyed and excelled in. In 2016 Jess became a Mum to a beautiful baby boy so decided to take some time off before returning to work but on a part time basis as the group’s only Dispensing Optician.

In September 2019, with the opportunity to work within Sam’s team again, Jess started at Samantha Hague Optometry (formerly Sheward Opticians) as their Registered Dispensing Optician.

Jessica brings with her a wealth of knowledge and experience and is an expert in problem solving as well as the dispensing of all sorts of spectacles from simple every-day prescriptions to the complex and unusual. Jess’ patience combined with her expertise makes her a real asset to the practice. She has a passion for children’s eyecare and the dispensing of more ‘challenging’ prescriptions using specialist lens suppliers such as Tokai, Shamir and Norville to source the very best products for our patients’ needs.

In addition to Jessica being a Mum and working part time as a Dispensing Optician, Jess is an ABDO approved Theory Examiner, a role that she very much enjoys especially as she is giving something back to the profession.

Ruk has worked in the optical profession since 2002, starting as a Saturday girl and having enjoyed optics straight away worked her way up to Clinical Optical Assistant supporting Optometrists with pre-exam screening, drops instillation and other delegated duties.

Ruk then developed a passion for spectacle dispensing and developed her knowledge and skills to qualify as a Dispensing Assistant. She has wide ranging experience in the dispensing of all types of lenses including varifocal and occupational lenses and has become a great frame stylist too.

With an obvious talent for relationship building and her love of people, Ruk’s transition to Practice Manager was an obvious one and her passion for customer service and professionalism makes her a great asset to the Samantha Hague Optometry practice.

Ruk is a lively, friendly individual who loves being around people and her role enables her to meet people from all walks of life and make a difference to them. She loves her job and feels lucky that it gives her great satisfaction.

Spending time getting to know her customers, finding out about their lifestyles, likes and dislikes enables Ruk to give the very best advice. By building relationships built on trust, Ruk’s honesty and friendliness helps customers with their decision-making with no hard-sell or pressure. “I want them to trust me! I want them to be delighted with their choice sand I love helping them to feel good!” she says.

Ruk has worked with Sam for around 15 years and was an integral part of the award-winning Hague Optical team. Sam and Ruk share the same values and ways of working and enthusiasm for what they do. Ruk is friendly, thorough and warm and really tries to include her clients in all aspects of the practice experience…”and when we get great feedback from our customers – for me, that’s job done!”

Former Lab Manager and Regional Lab Assessor for a well known optical chain, Paul began his career in optics in 1989. His obvious talent saw his rapid progression into leadership roles and we are now delighted to have Paul as a full time member of the Samantha Hague Optometry team.

Paul continued to develop his experience and expertise in optics working in a number of roles across the industry until 2000 when he took time out of employment to bring up his two baby sons.

Paul used his time away from corporate life to pursue his passion for History and obtained a degree in History & War Studies before taking  a PGCE which enabled a career change into Secondary School Teaching and Leadership roles.

Returning to optics in 2008 Paul joined The Hague Optical team to support their Wolverhampton based franchise business as quality assurance manager and became an integral part of the day to day operation of the busy practice.

Paul’s experience in lens manufacturing and quality assurance along with his dispensing experience and leadership skills makes him the perfect choice for General Manager. Paul supports the practice team in all areas of the business and works closely with Ruk, our Patient Care Manager, to ensure our patients have the very best experience when they visit.

Paul and Sam are a husband and wife team. They have lived in Pattingham since 1997 and have two now-teenage sons, Ed and Douglas, who also work for the practice when they’re not studying making Samantha Hague Optometry a truly family affair

We are proud to stock a great selection of frames, lenses and contact lenses. 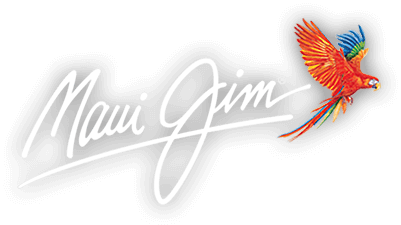 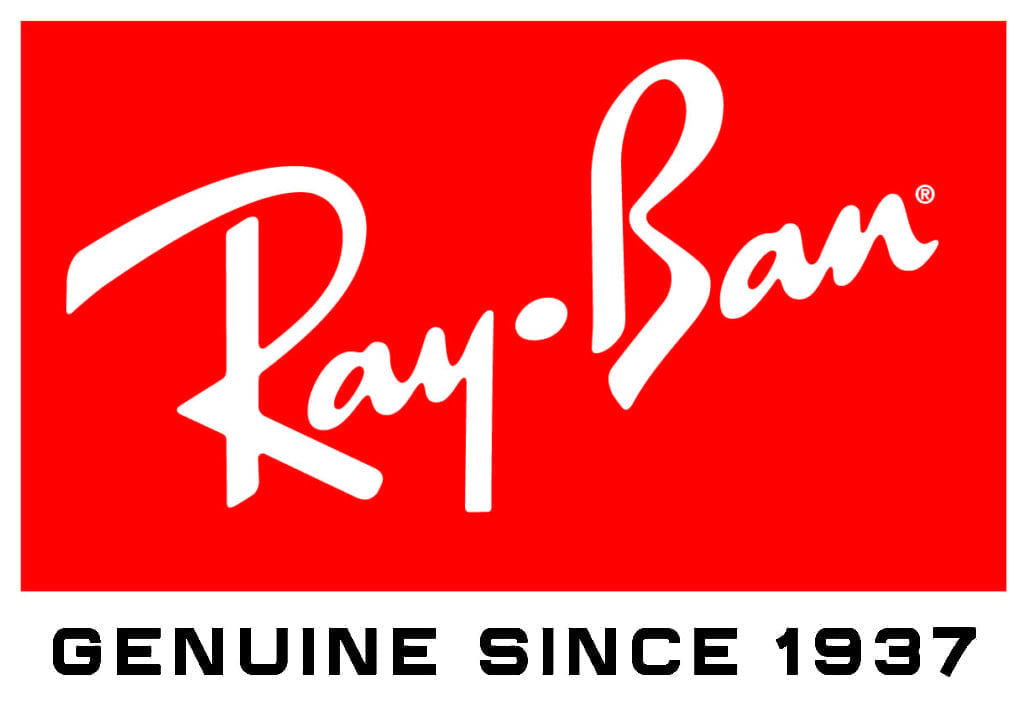 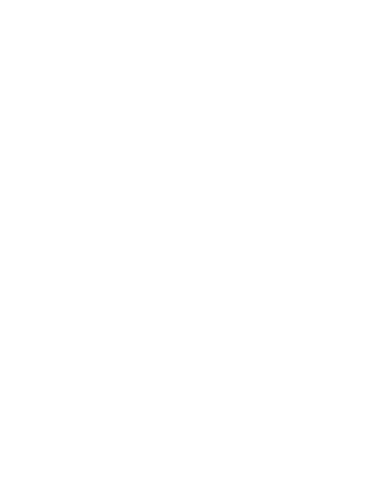 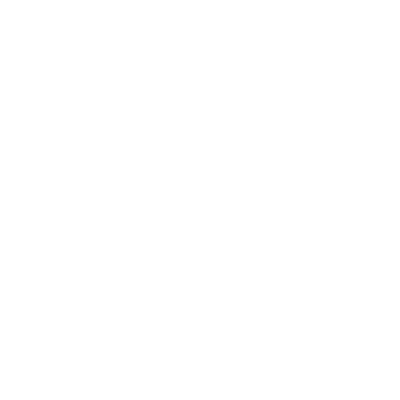